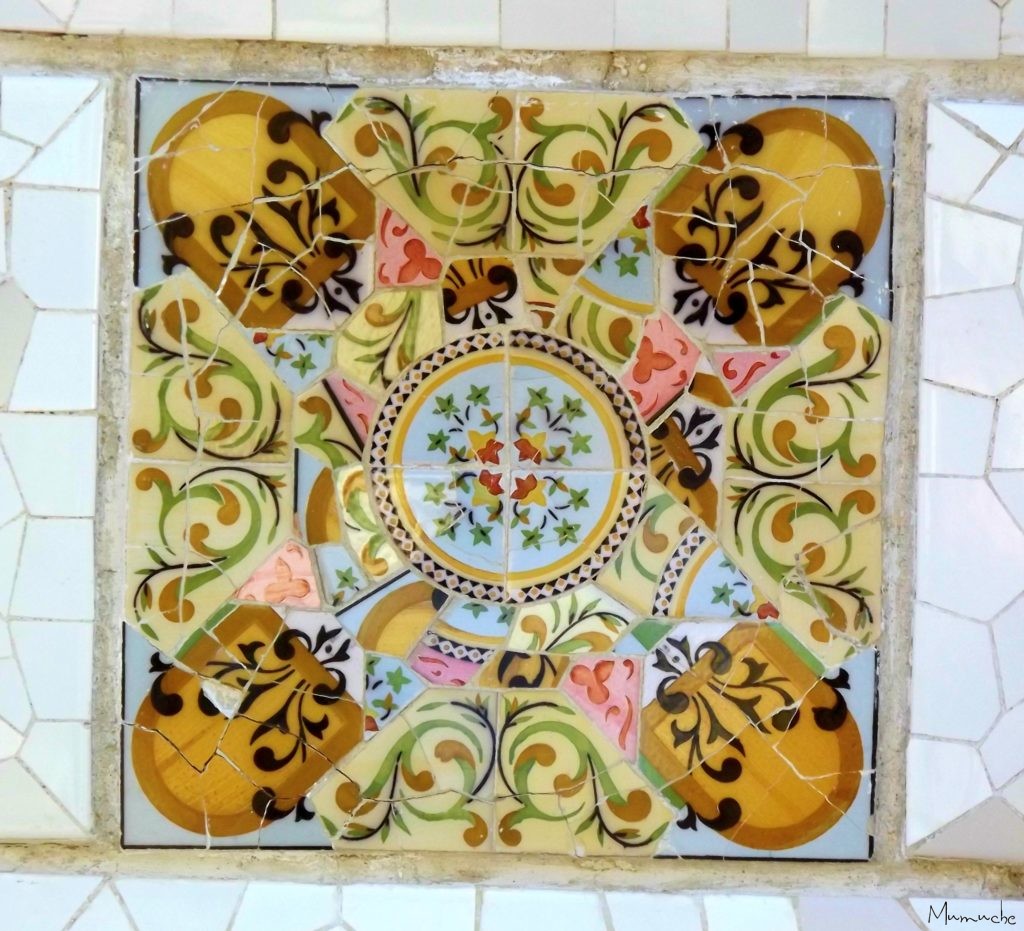 Barcelona, capital and largest city of the autonomous community of Catalonia (Spain), as well as the second most populous municipality of Spain, is a Mediterranean and cosmopolitan city with Roman remains, medieval quarters and the most beautiful examples of 20th century Modernism and avant-garde. 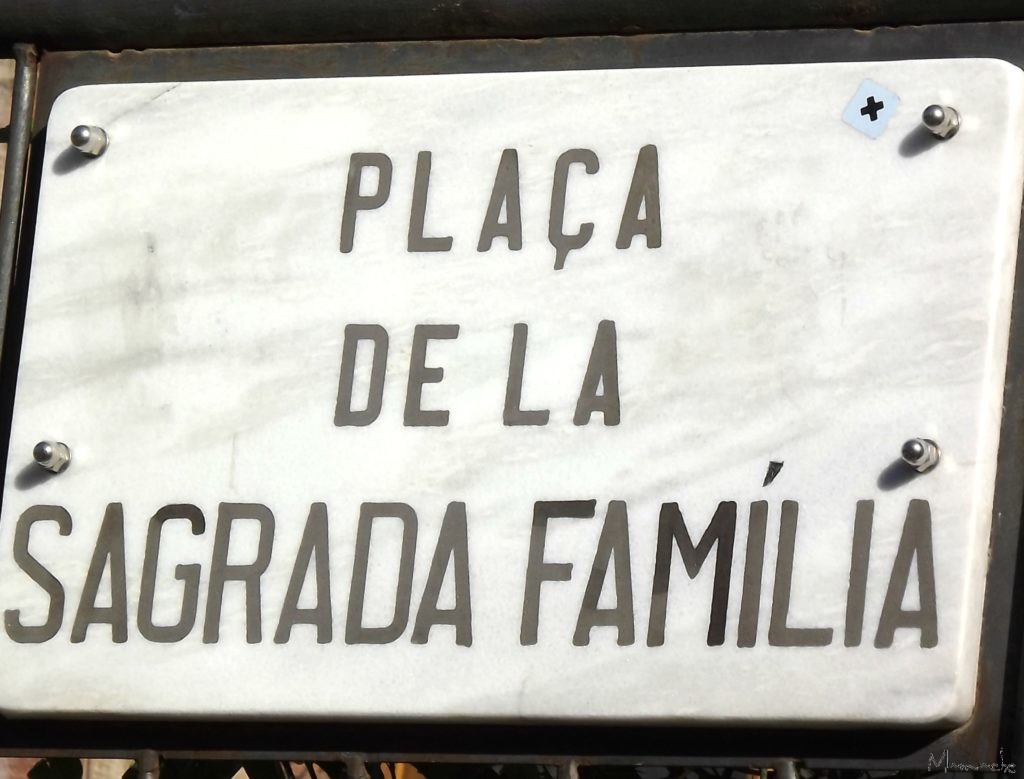 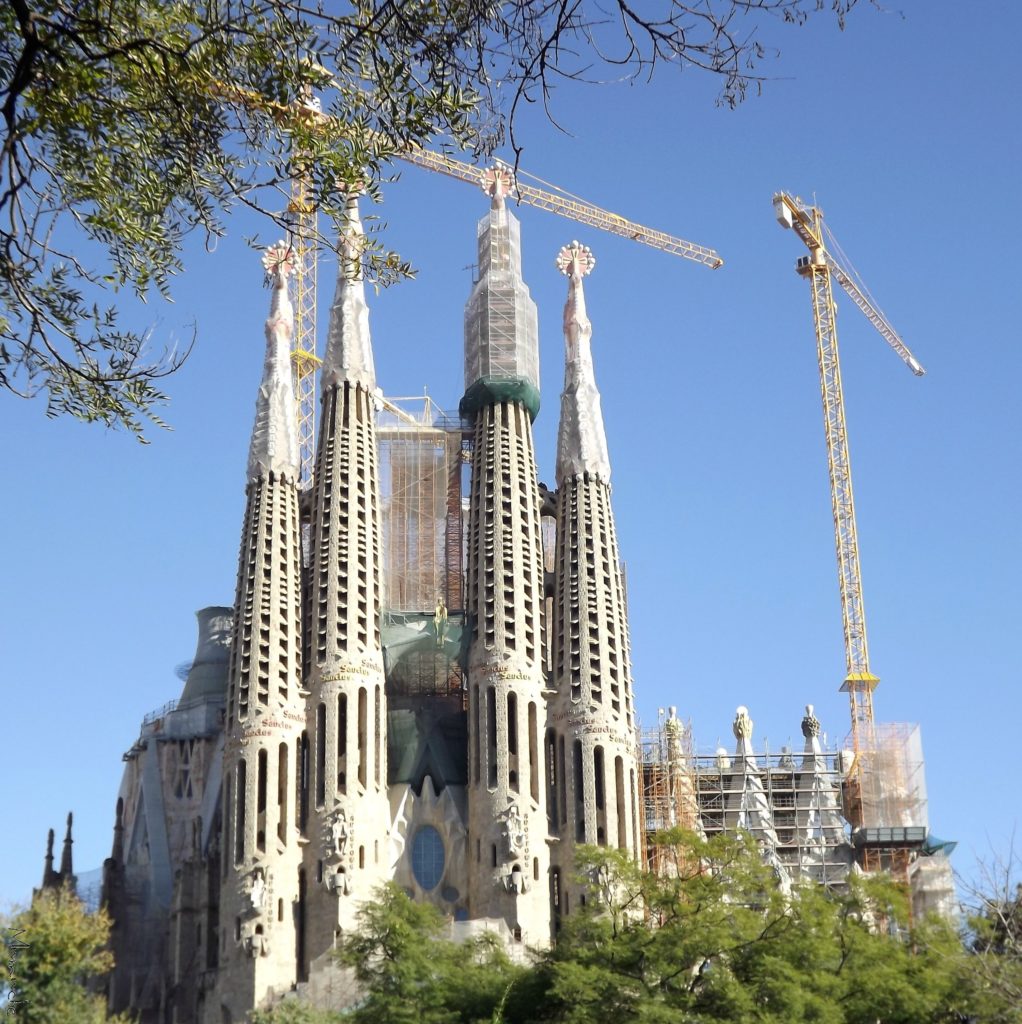 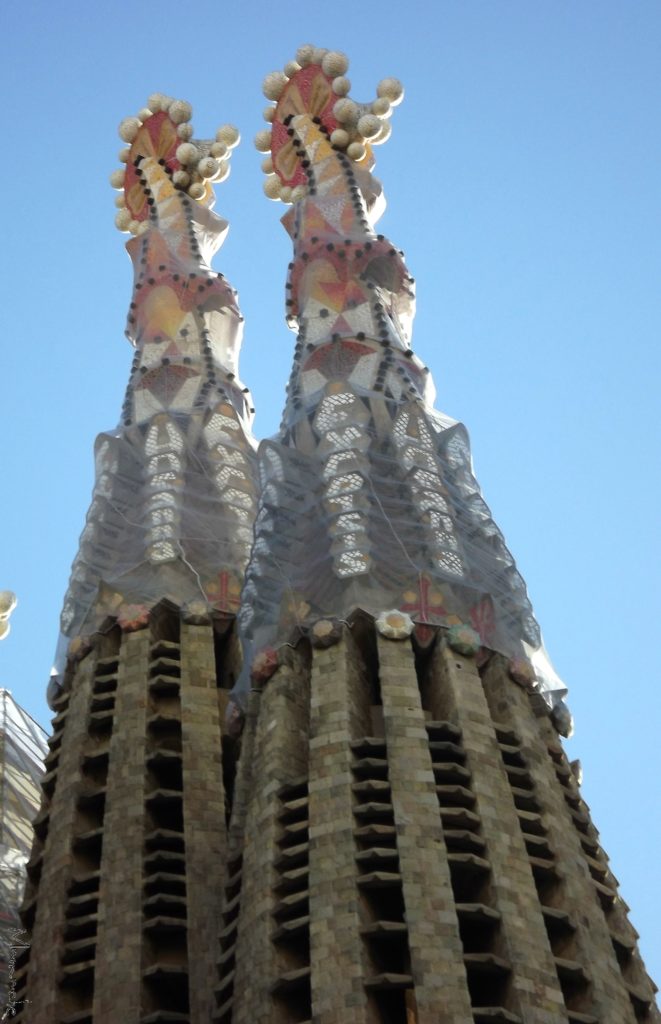 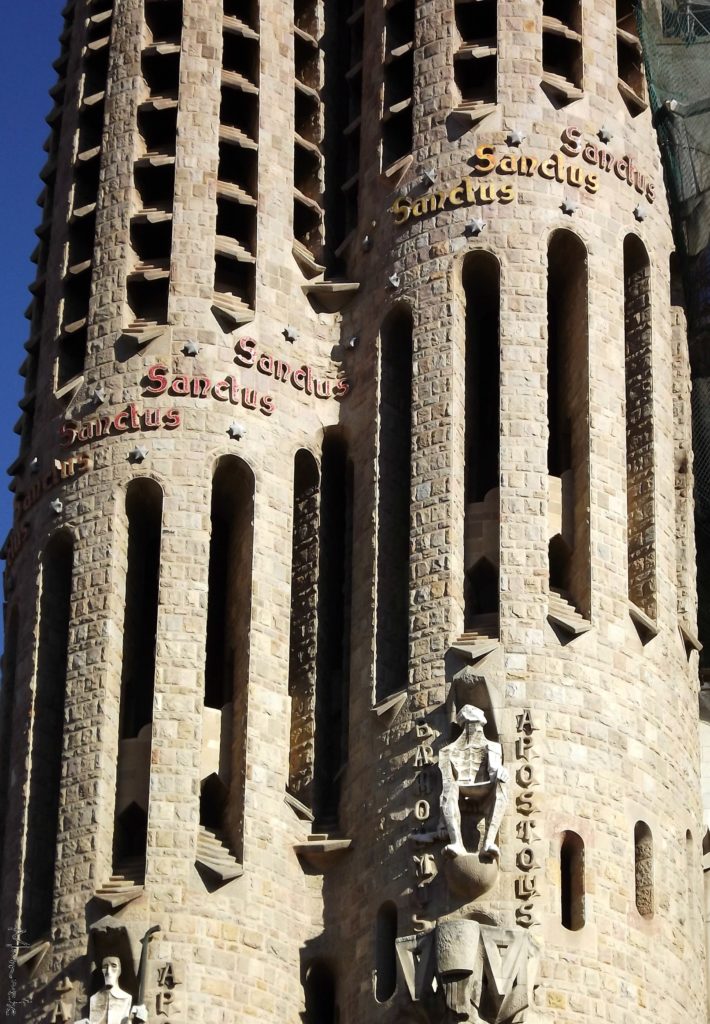 Seville is the capital and largest city of Andalusia and the province of Seville, Spain.
It is situated on the plain of the river Guadalquivir.
Its Old Town contains three UNESCO World Heritage Sites: the Alcázar palace complex, the Cathedral and the General Archive of the Indies. Seville was founded as the Roman city of Hispalis.
It later became known as Ishbiliyya after the Muslim conquest in 712.

During the Muslim rule in Spain, Seville came under the jurisdiction of the Caliphate of Córdoba before becoming the independent Taifa of Seville.
Later it was ruled by the Muslim Almoravids and the Almohads until finally being incorporated into the Christian Kingdom of Castile under Ferdinand III in 1248.
After the discovery of the Americas, Seville became one of the economic centres of the Spanish Empire, opening a Golden Age of arts and literature. 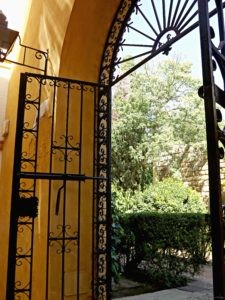 In 1519, Ferdinand Magellan departed from Seville for the first circumnavigation of the Earth. Coinciding with the Baroque period of European history, the 17th century in Seville represented the most brilliant flowering of the city’s culture; then began a gradual economic and demographic decline as silting in the Guadalquivir forced the trade monopoly to relocate to the nearby port of Cádiz.

The Cathedral of Saint Mary of the See, better known as Seville Cathedral, is a Roman Catholic cathedral in Seville (Andalusia, Spain).
It was registered in 1987 by UNESCO as a World Heritage Site. It is the third-largest church in the world as well as the largest Gothic church. 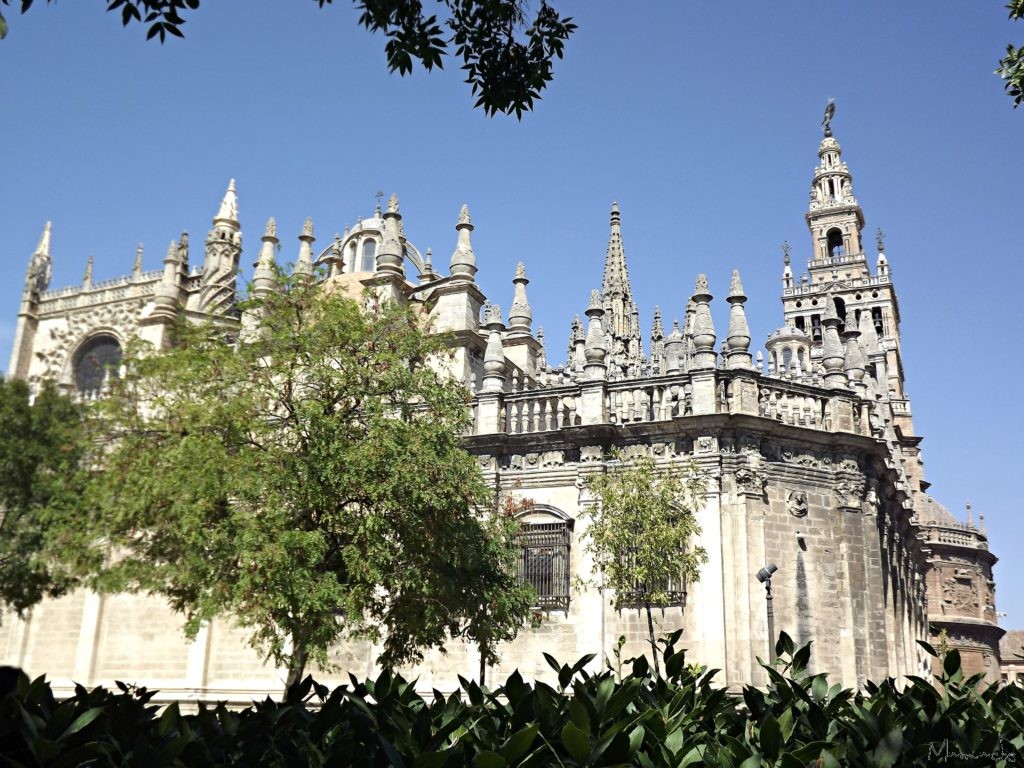 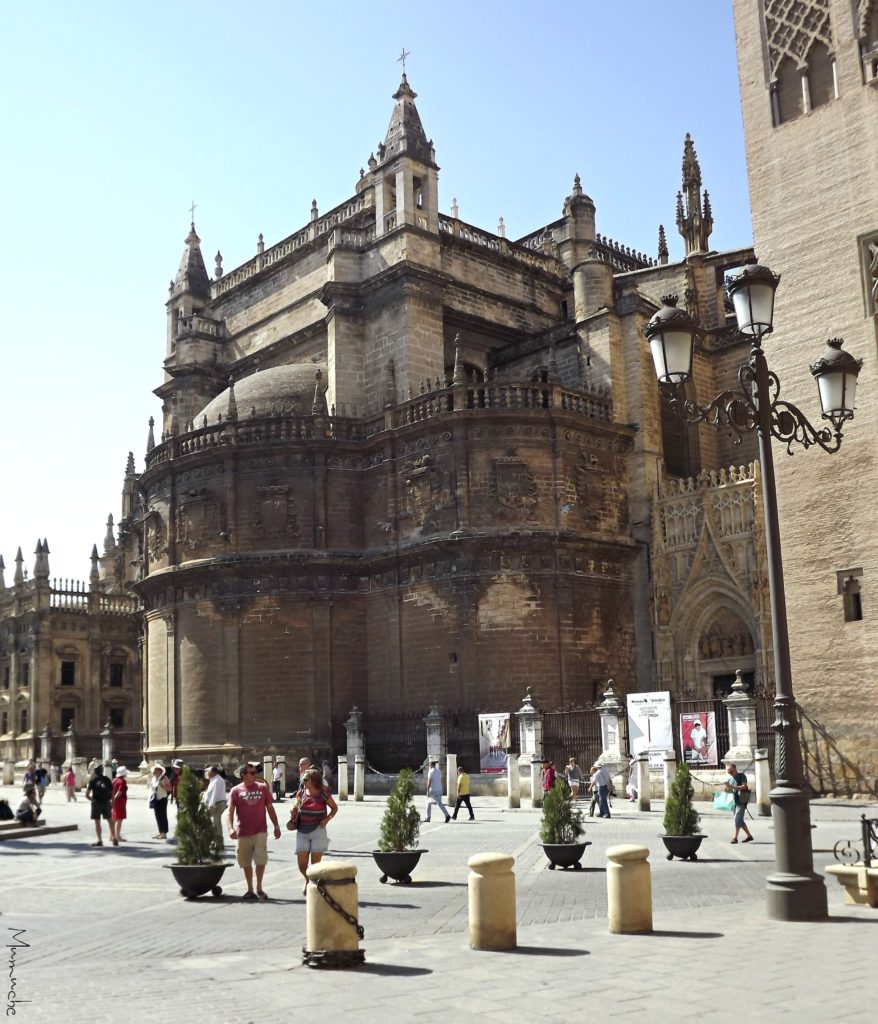 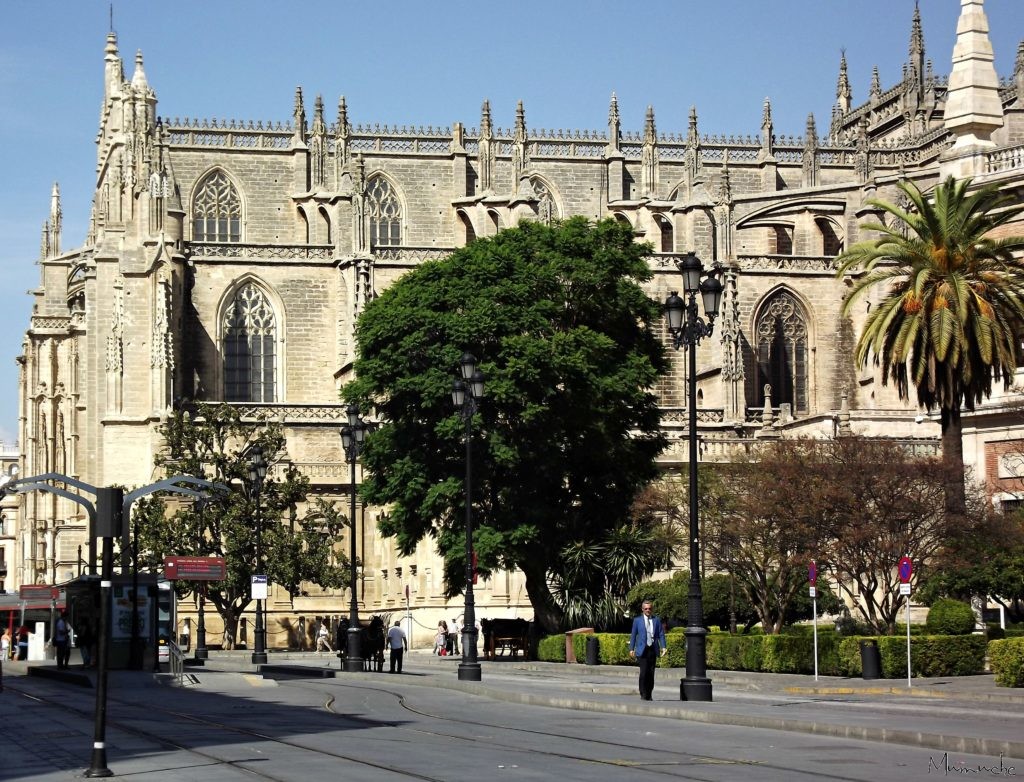 After its completion in the early 16th century, Seville Cathedral supplanted Hagia Sophia as the largest cathedral in the world, a title the Byzantine church had held for nearly a thousand years. 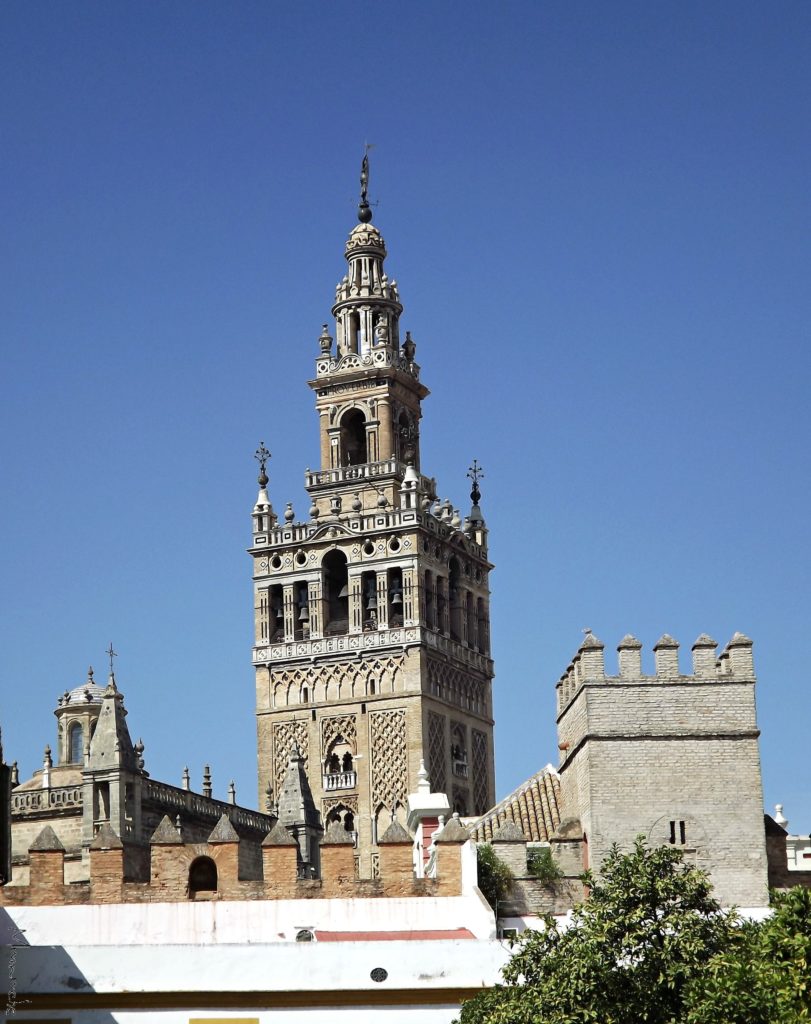 The Giralda is the bell tower of the
Seville Cathedral in Seville, Spain.
It was originally built as the minaret for the Great Mosque of Seville in al-Andalus, Moorish Spain, during the reign of the Almohad dynasty, with a Renaissance-style top subsequently added by the Catholics after the expulsion of the Muslims from the area.
The Giralda was registered in 1987 as a World Heritage Site by UNESCO

The Alcázar of Seville is a royal palace in Seville, Spain, built for the Christian king Peter of Castile.
It was built by Castilian Christians on the site of an Abbadid Muslim residential fortress destroyed after the Christian conquest of Seville.
The palace, a preeminent example of Mudéjar architecture in the Iberian Peninsula, is renowned as one of the most beautiful.
The upper levels of the Alcázar are still used by the royal family as their official residence in Seville. It is the oldest royal palace still in use in Europe and was registered in 1987 by UNESCO as a World Heritage Site, along with the adjoining Seville Cathedral and the General Archive of the Indies.