Granada is a city in southern Spain’s Andalusia region, at the foothills of the Sierra Nevada mountains, and well known for its famous palace, the Alhambra.
In the Middle Ages, Granada was the capital of the Kingdom of Granada, led by a Muslim dynasty: the Nasrid. 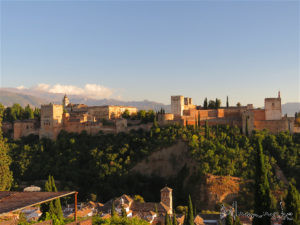 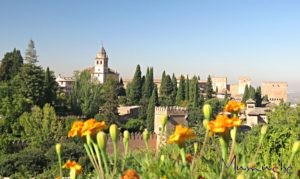 In the Middle Ages, Granada was the capital of the Kingdom of Granada, led by a Muslim dynasty: the Nasrid. 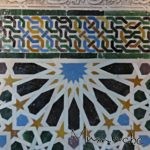 After being ignored for a very long period, the ruins, dated from the Roman times, were renovated and rebuilt.

The construction of the Alhambra began in 1238, when the first Nasrid ruler, Mohammed ben Nazar, entered Granada.

Designed as a military zone at the beginning, the Alhambra became the royal residence and court of Granada in the mid-13th century after the establishment of the Nasrid Kingdom and the construction of the first palace by the founding king Mohammed ibn Yusuf Ben Nasr.

The fortress houses two main areas: the military zone or Alcazaba, barracks of the royal guard, and the medina or palatine city, which houses the Nasrid Palaces and the remains of the houses of nobles and plebeians who lived there. 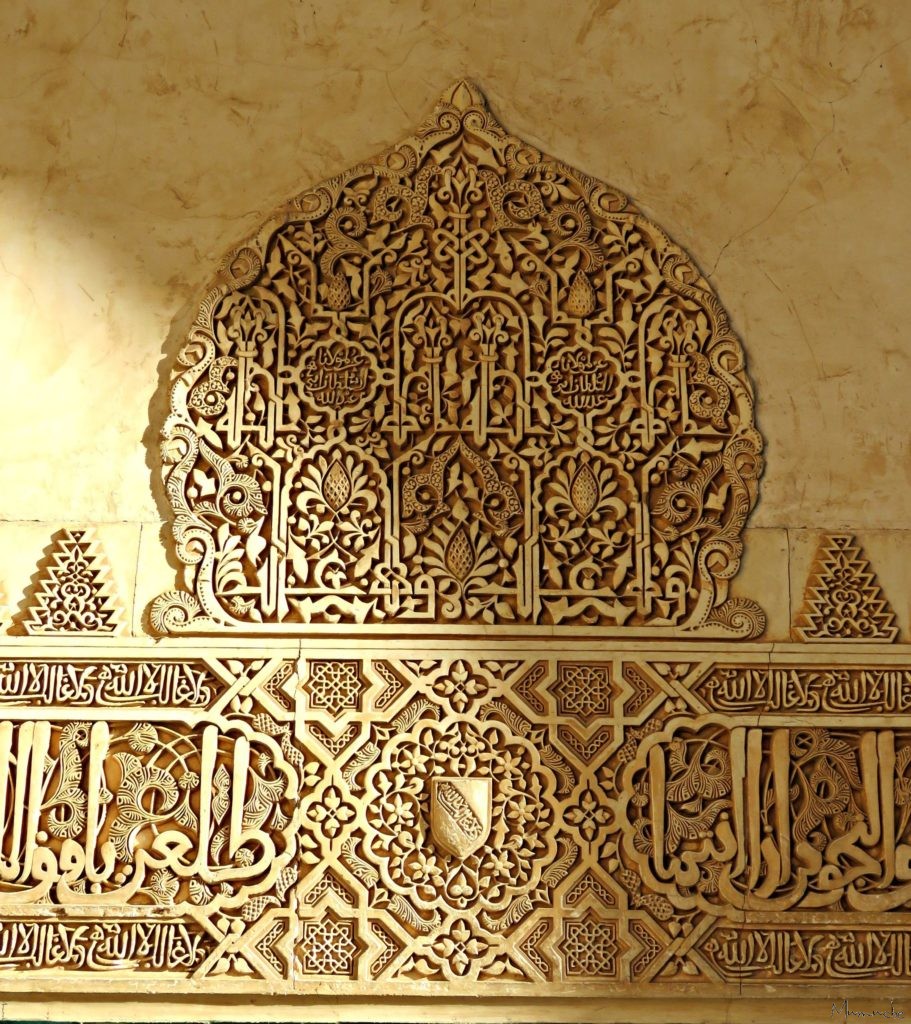 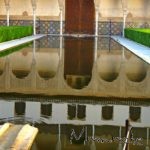 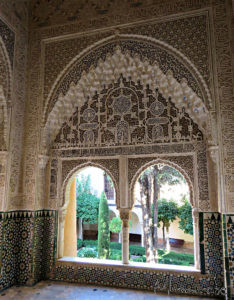 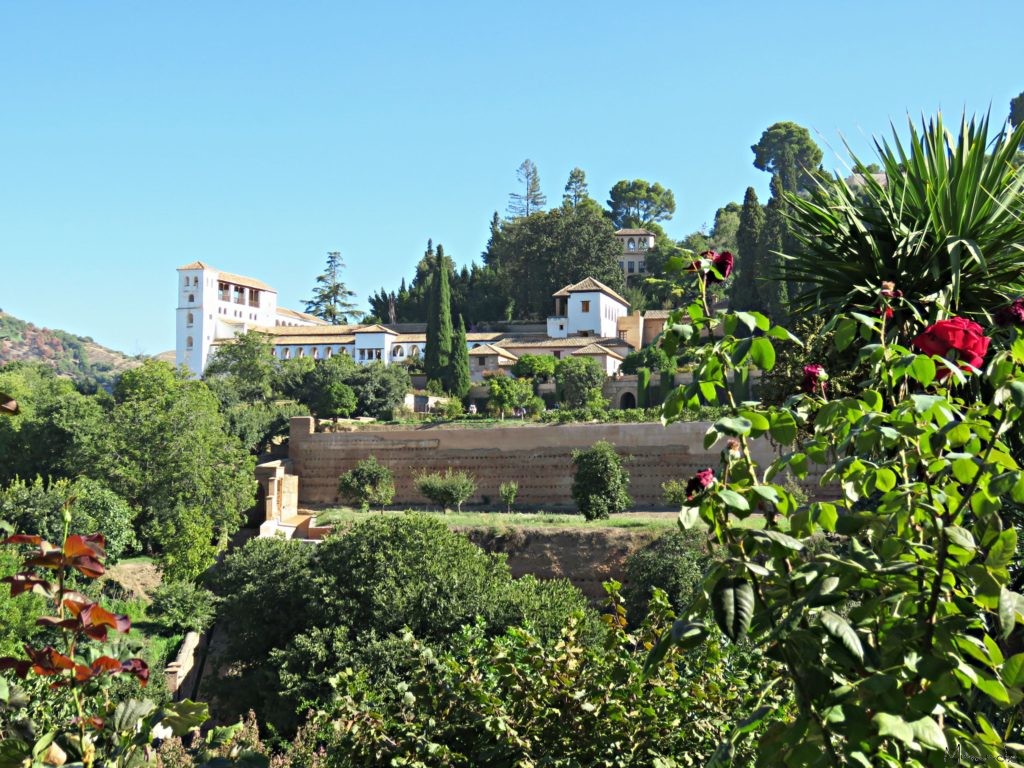 There is an independent palace in front of the Alhambra, surrounded by orchards and gardens: The Generalife.

The Nasrid style reached its peak in the 14th century under the kings Yusuf I and Mohammed V al-Ghani, who built the most prestigious parts between 1333 and 1354. 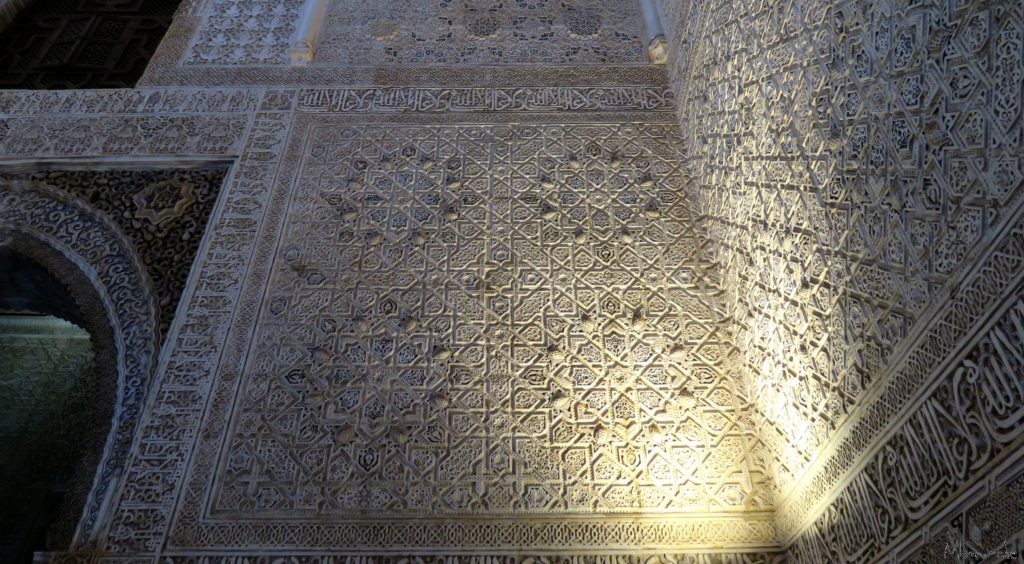 After the conclusion of the Christian Reconquista in 1492, the site became the Royal Court of Ferdinand and Isabella (where Christopher Columbus received royal endorsement for his expedition), and the palaces were partially altered in the Renaissance style.

In 1526 Charles I & V commissioned a new Renaissance palace but it was ultimately never completed due to Morisco rebellions in Granada.

From the 18th century the Alhambra was abandoned.

During the French domination, Napoleon ordered to destroy the fortress.

It was not until the 19th century that the process of repairing, restoring and preserving the complex started and is still maintained nowadays

The palace was listed as World Heritage by Unesco in 1984. 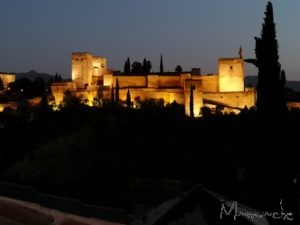