Rome was called the “Eternal City” by the ancient Romans because they believed that no matter what happened in the rest of the world, the city of Rome would always remain standing.
Exploring the city centre by foot surrounded by glorious monuments and colossal remains takes you back in time to the “glory that was Rome”. 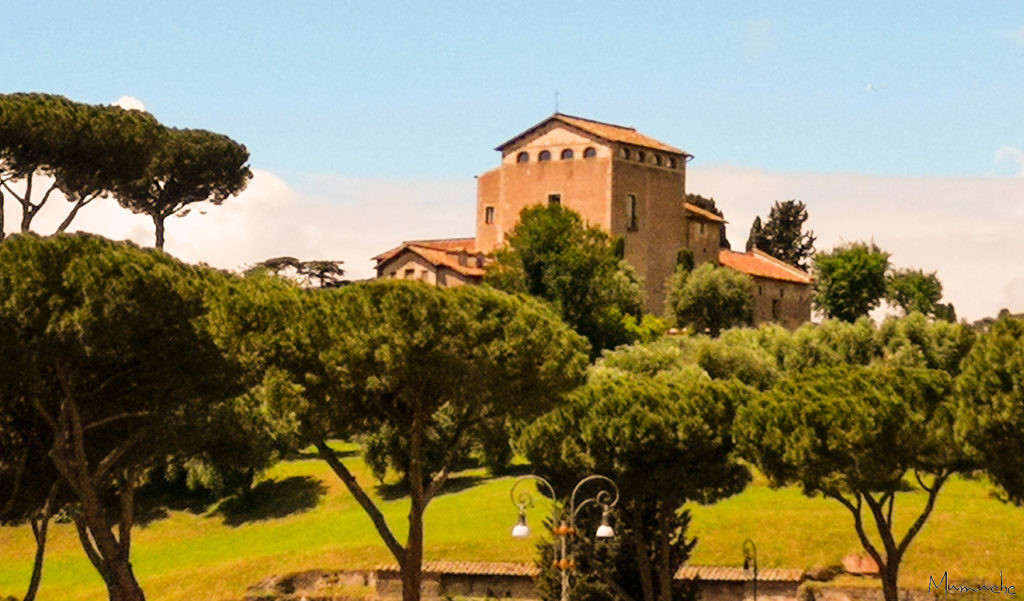 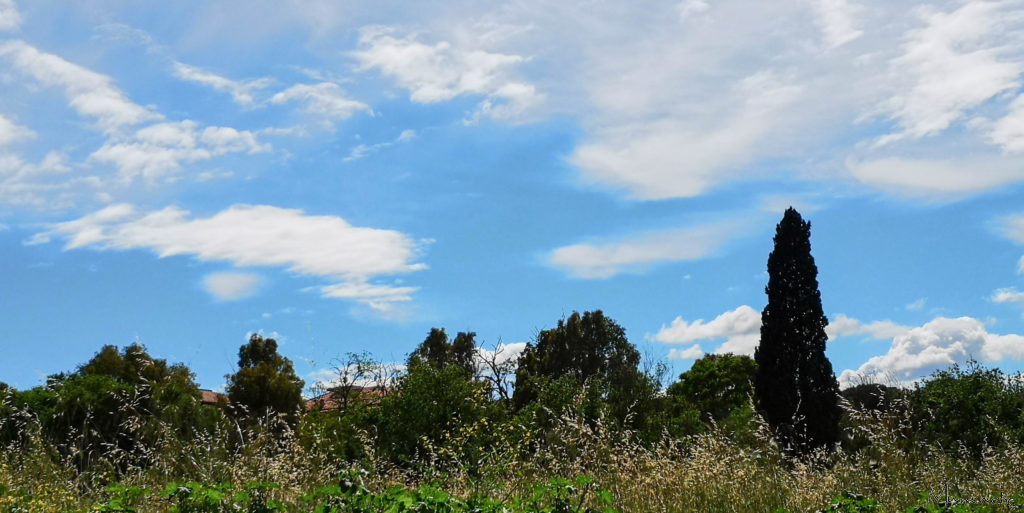 According to a legend, Ancient Rome was founded by the two brothers, and demi-gods, Romulus and Remus, on 21 April 753 BCE.
The myth claims that it’s over an argument about who would rule the city that Romulus killed Remus and named the city after himself.

Another legend says that the city was named after a woman, Roma, who travelled with Aeneas and the other survivors from Troy after that city fell.

Upon landing on the banks of the Tiber River, Roma and the other women objected when the men wanted to move on.
She led the women in the burning of the Trojan ships and beached the Trojan survivors at the site which would eventually become Rome.

Another theory concerning the name of the famous city suggest it came from Rumon, the ancient name for the Tiber River, and was simply a place-name given to the small trading centre established on its banks.

The Colosseum or Coliseum is an oval amphitheatre (and the largest one ever built) in the centre of the city of Rome.
The Colosseum is situated just east of the Roman Forum. The construction began under the emperor Vespasian in AD 72 and was completed in AD 80 under his successor and heir, Titus.
It was used for gladiatorial contests and public spectacles such as mock sea battles, animal hunts, executions, re-enactments of famous battles, and dramas based on Classical mythology.
It is estimated that the Colosseum could hold between 50,000 and 80,000 spectators, having an average audience of some 65,000. 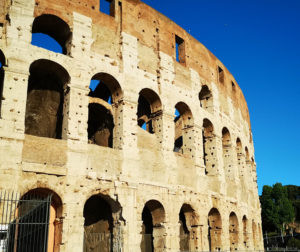 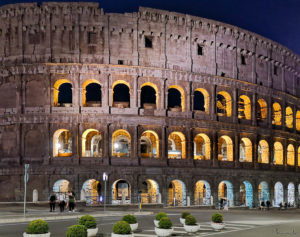 The building ceased to be used for entertainment in the early medieval era. It was later reused for such purposes as housing, workshops, quarters for a religious order, a fortress, a quarry, and a Christian shrine.
Although partially ruined because of damage caused by earthquakes and stone-robbers, the Colosseum is still an iconic symbol of Imperial Rome and is listed as one of the New 7 Wonders of the World.
It is one of Rome’s most popular tourist attractions and also has links to the Roman Catholic Church, as each Good Friday the Pope leads a torchlit “Way of the Cross” procession that starts in the area around the Colosseum.
In 2018, it was the most popular tourist attraction in the world, with 7.4 million visitors. 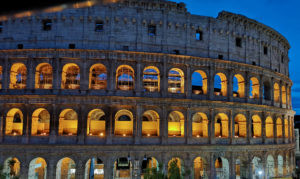 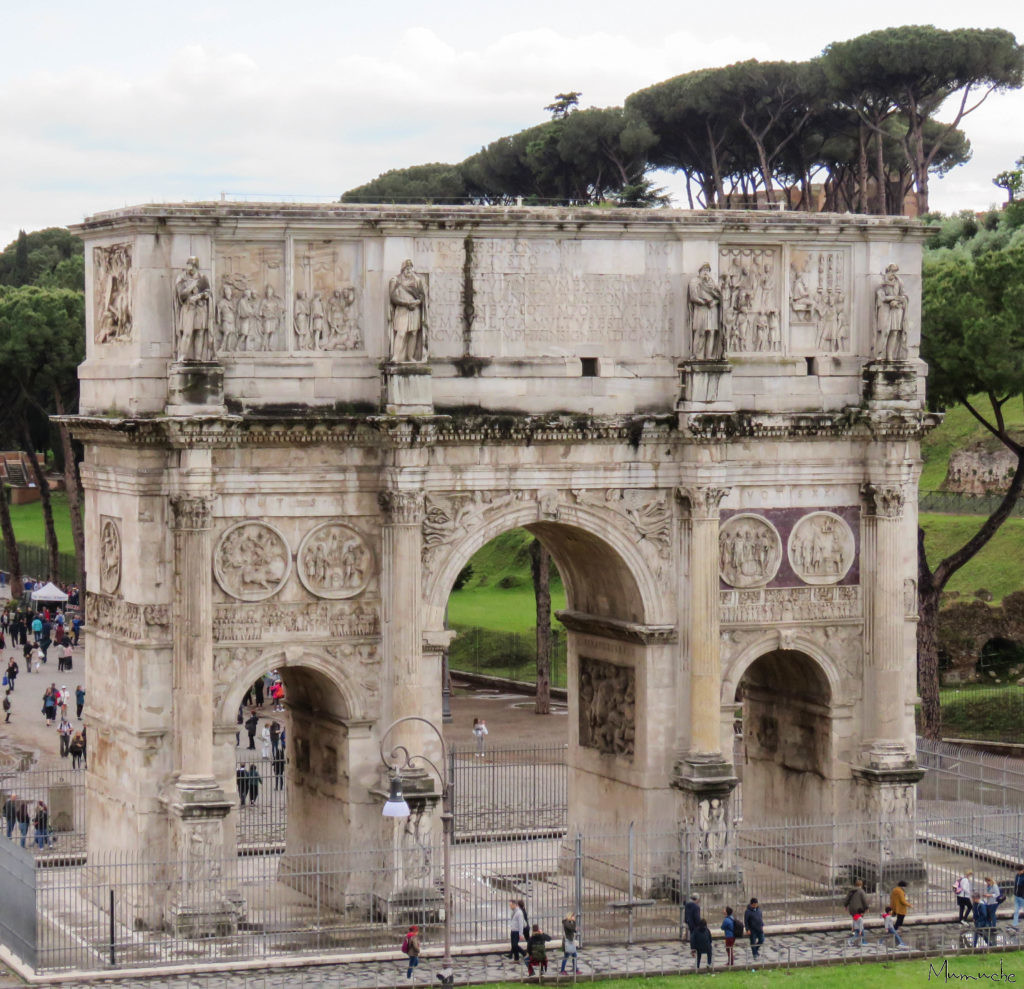 The Arch of Constantine is a triumphal arch in Rome, situated between the Colosseum and the Palatine Hill.
It was erected by the Roman Senate to commemorate Constantine I’s victory over Maxentius at the Battle of Milvian Bridge in 312.
Dedicated in 315, it is the largest Roman triumphal arch.

The Vittorio Emanuele II Monument, also known as the Altare della Patria (English: “Altar of the Fatherland”), is a monument built in honor of Victor Emmanuel II, the first king of a unified Italy.  It occupies a site between the Piazza Venezia and the Capitoline Hill.
The monument holds great national significance. It is an architectonic and artistic tribute to the Italian Risorgimento: the complex process of unification undertaken by Victor Emmanuel II throughout the second half of the 19th Century. 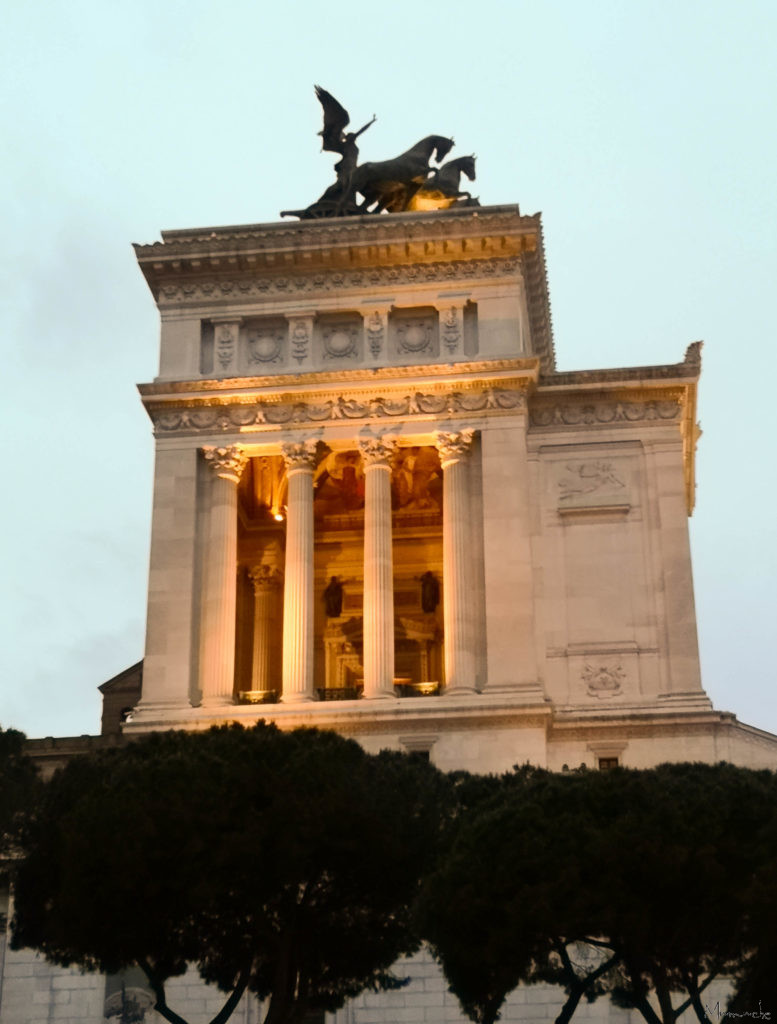 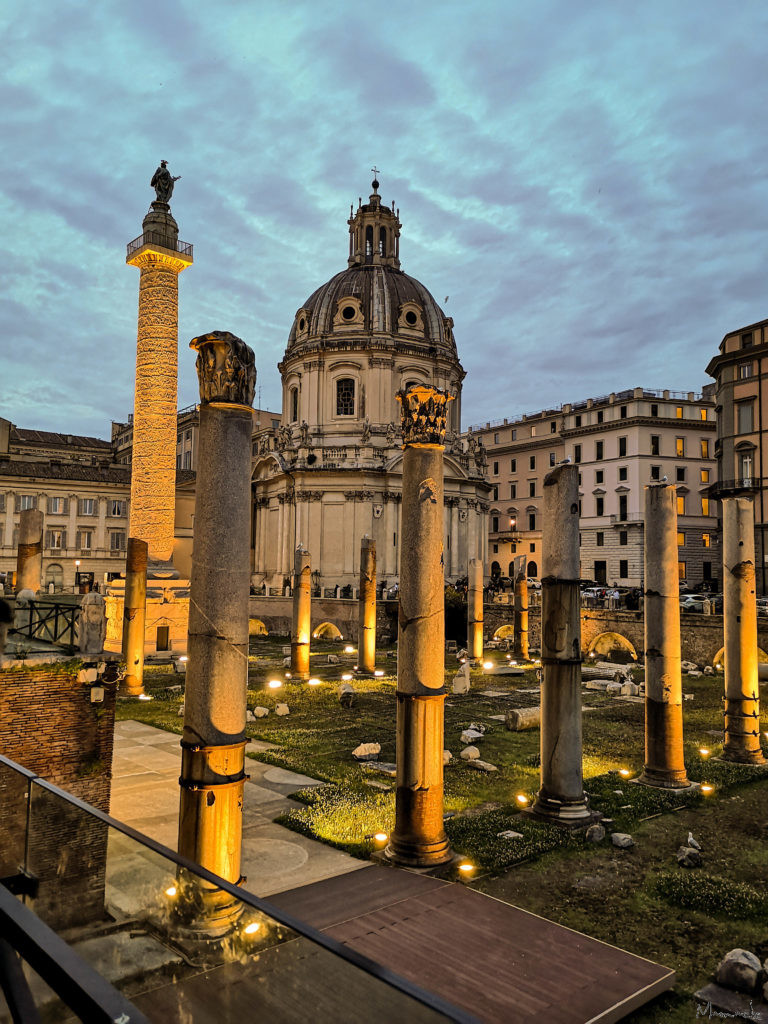 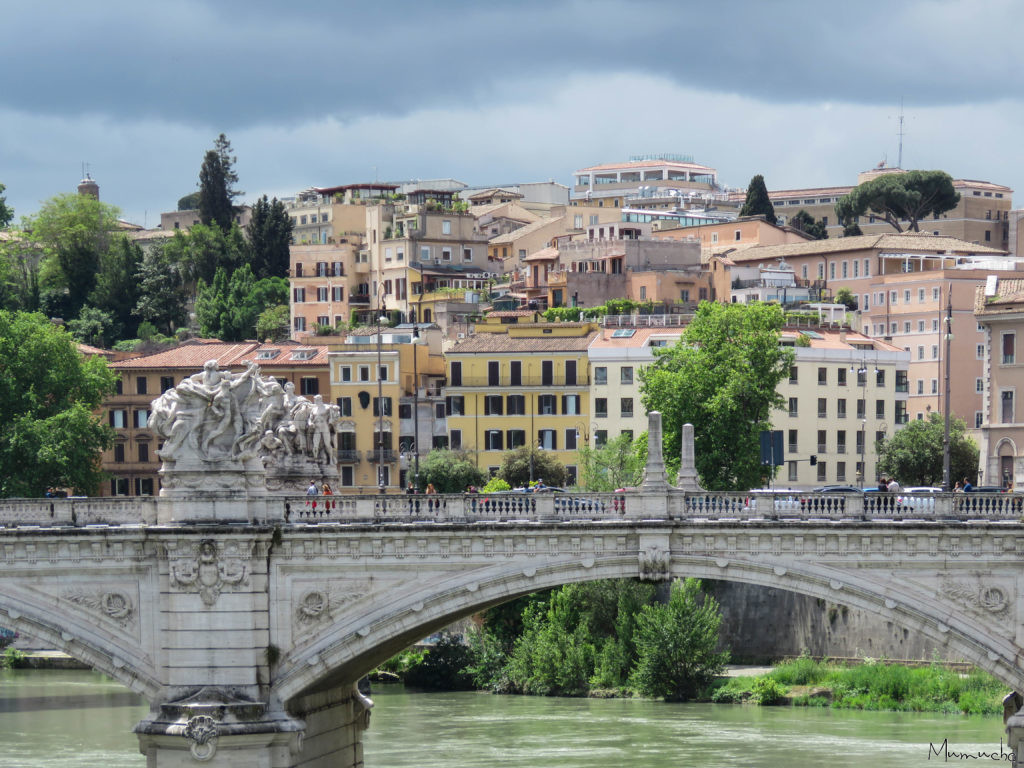 Ponte Sant’Angelo, meaning the Bridge of Hadrian, is a bridge completed in 134 AD by Roman Emperor Hadrian, to span the Tiber, from the city center to his newly constructed mausoleum, now the towering Castel Sant’Angelo.
The bridge is now solely pedestrian, and provides a scenic view of Castel Sant’Angelo.

Castel Sant’Angelo, also known as The Mausoleum of Hadrian, is a towering cylindrical building in Parco Adriano, Rome.
It was initially commissioned by the Roman Emperor Hadrian as a mausoleum for himself and his family.
The building was later used by the popes as a fortress and castle and is now a museum. 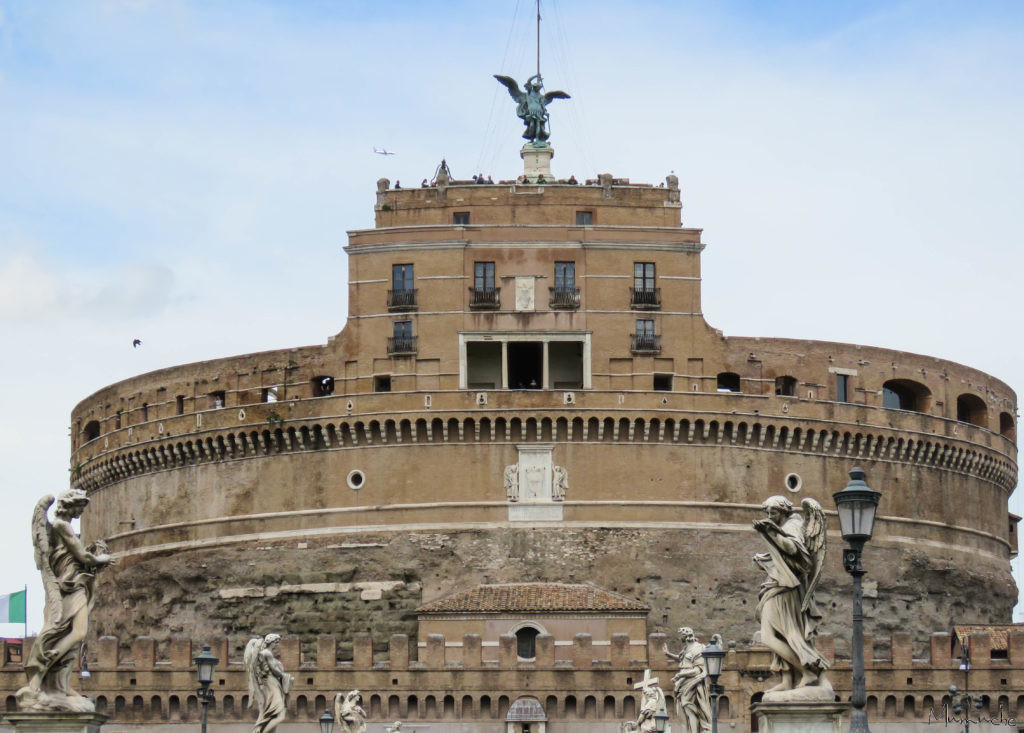 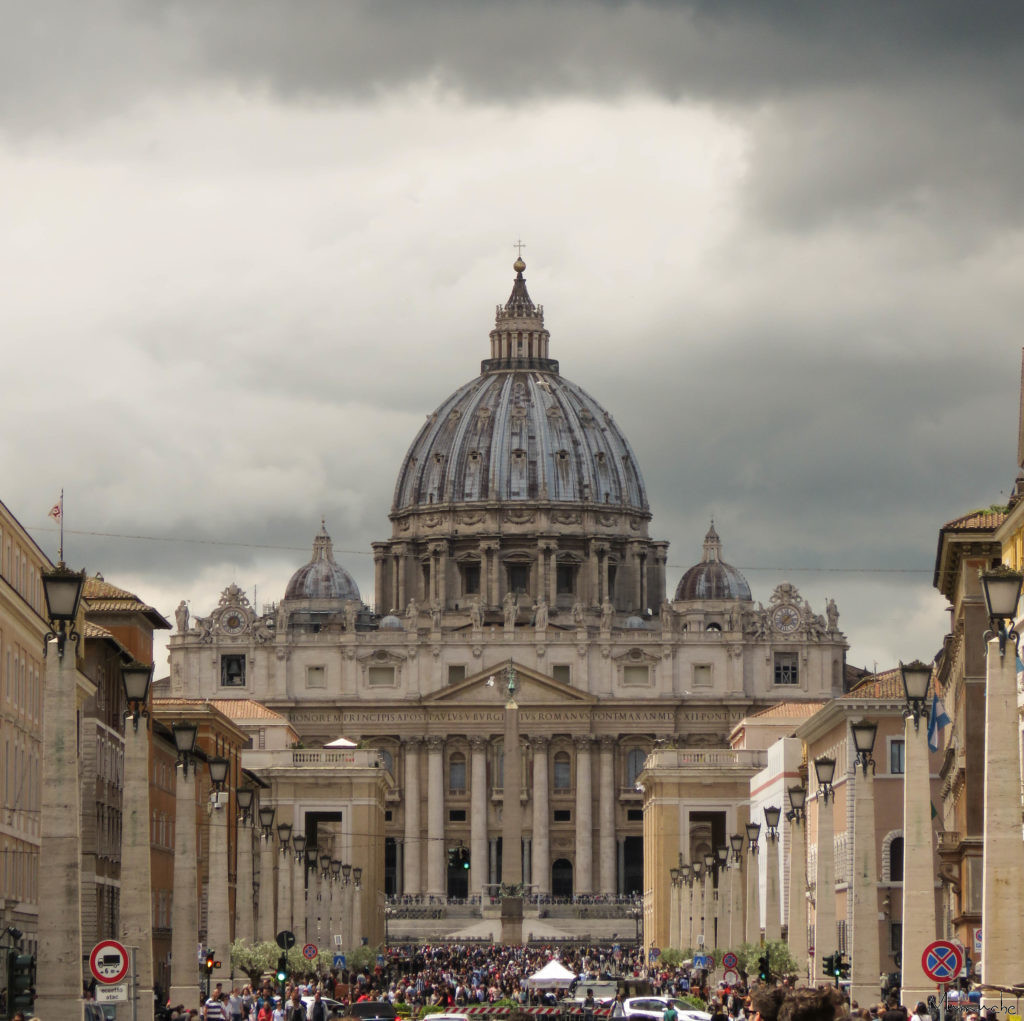 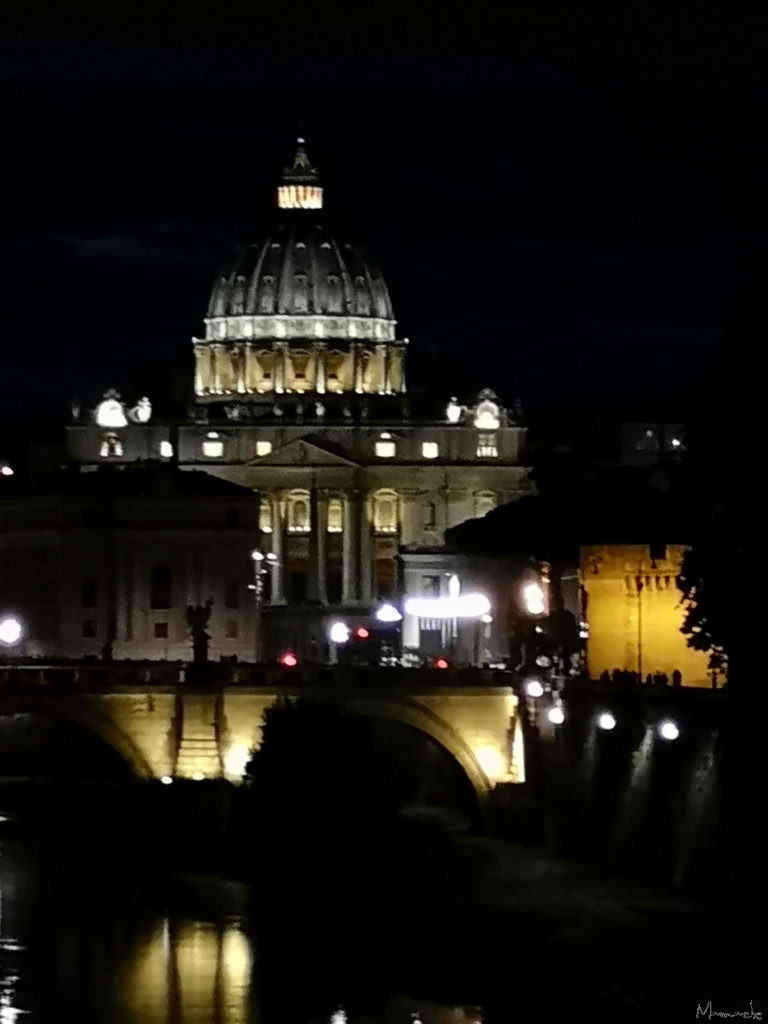 The fountain is a true wonder, a jewel of water and stone that is nestled between the palaces of the historic centre of the city.
Its origins go back to Roman times and it was the terminal point of the Aqua Virgo aqueduct commissioned by Augustus, which was used to provide water for the thermal baths.
Oceanus, who stands atop a chariot pulled by sea horses, is accompanied by tritons. 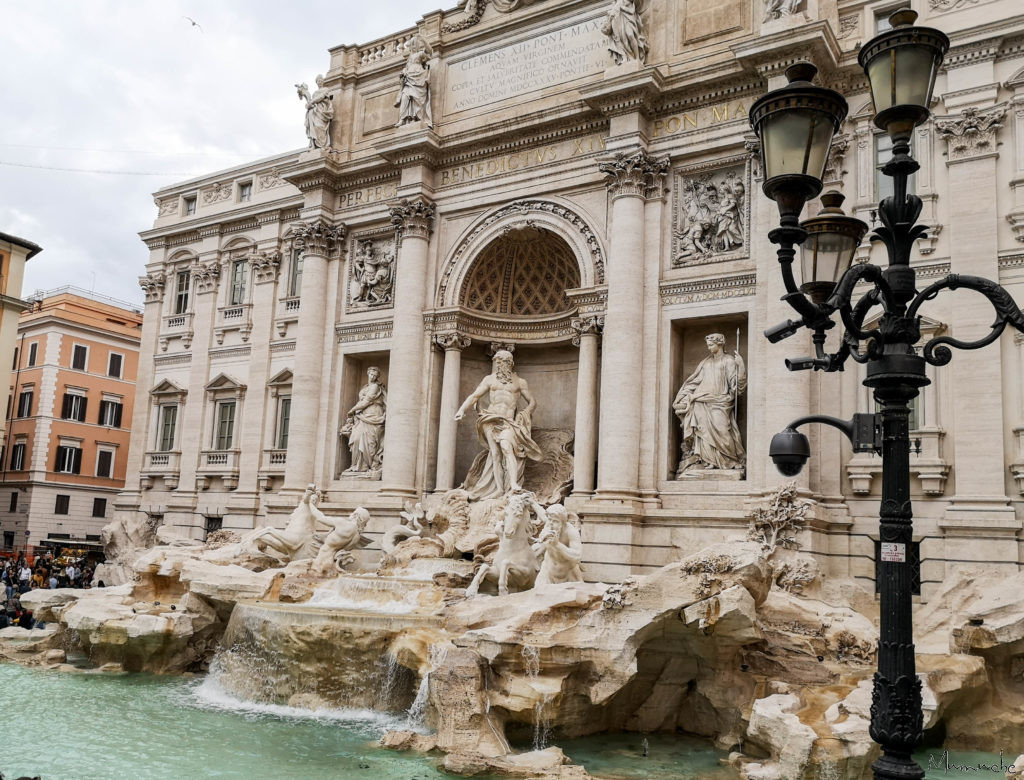 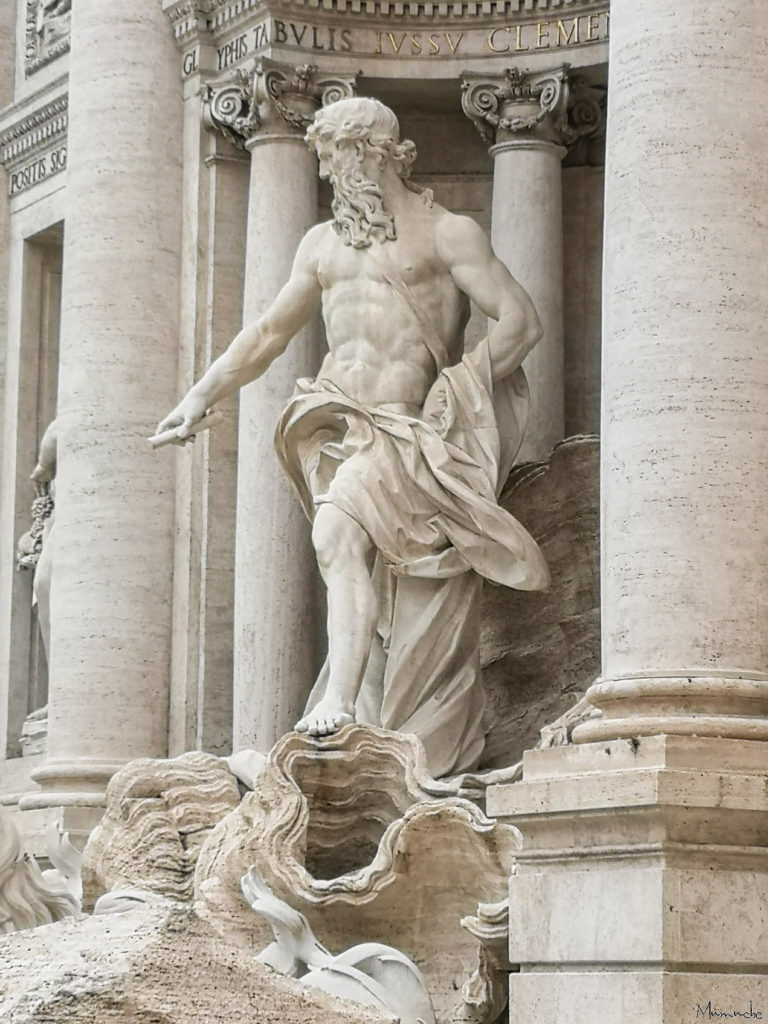